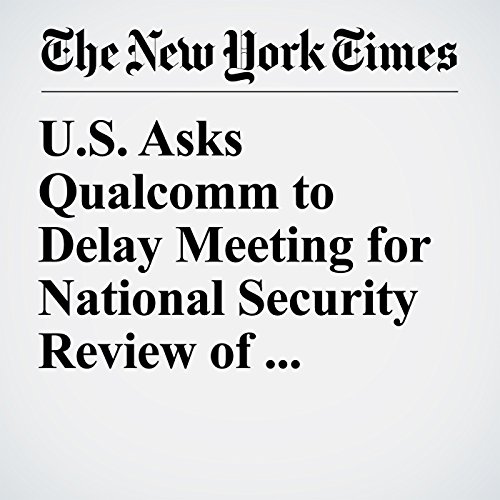 U.S. regulators have asked the giant chipmaker Qualcomm to delay an annual shareholder meeting to give them more time to investigate whether a takeover bid by Broadcom, a Singapore-based rival, would threaten U.S. national security.

"U.S. Asks Qualcomm to Delay Meeting for National Security Review of Broadcom Bid" is from the March 05, 2018 U.S. section of The New York Times. It was written by Chad Bray and narrated by Kristi Burns.