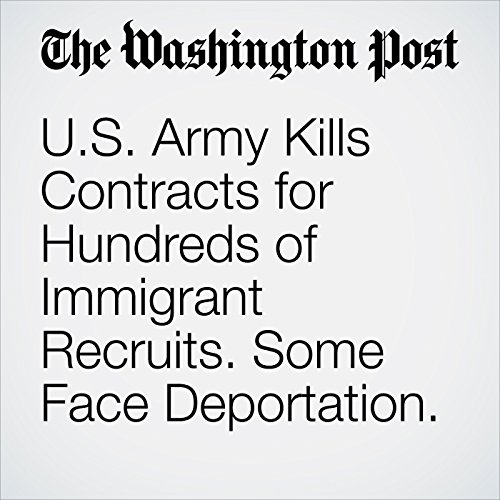 U.S. Army recruiters have abruptly canceled enlistment contracts for hundreds of foreign-born military recruits since last week, upending their lives and potentially exposing many to deportation, according to several affected recruits and a retired Army officer familiar with their situation.

"U.S. Army Kills Contracts for Hundreds of Immigrant Recruits. Some Face Deportation." is from the September 15, 2017 National section of The Washington Post. It was written by Alex Horton and narrated by Jenny Hoops.