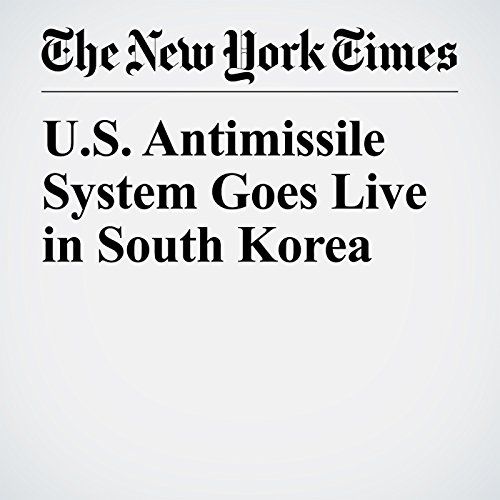 An American missile-defense system whose deployment in South Korea angered China has gone into operation, officials said on Tuesday, even as turmoil over who would pay for the system continued to roil the South’s presidential campaign.

"U.S. Antimissile System Goes Live in South Korea" is from the May 02, 2017 World section of The New York Times. It was written by Choe Sang Hun and narrated by Keith Sellon-Wright.