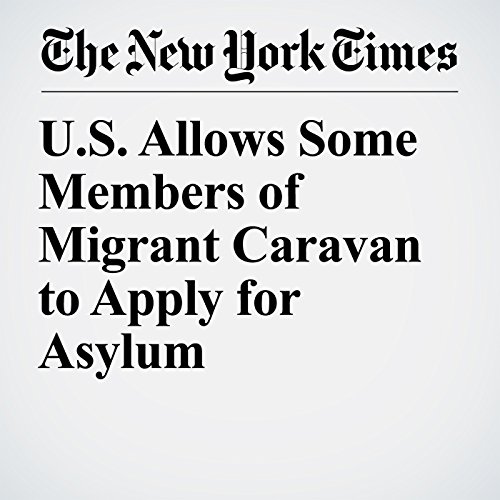 TIJUANA, Mexico — Several members of the Latin American migrant caravan that has enraged President Donald Trump were allowed to step onto U.S. territory to apply for asylum late Monday, ending a border standoff that had lasted more than a day and marking the beginning of the final chapter of the group’s monthlong odyssey.

"U.S. Allows Some Members of Migrant Caravan to Apply for Asylum" is from the May 01, 2018 U.S. section of The New York Times. It was written by Kirk Semple and narrated by Kristi Burns.