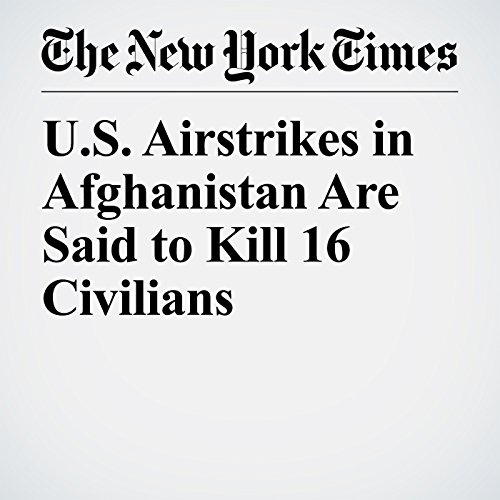 "U.S. Airstrikes in Afghanistan Are Said to Kill 16 Civilians" is from the August 11, 2017 World section of The New York Times. It was written by Khalid Alokozay and Fahim Abed and narrated by Barbara Benjamin-Creel.