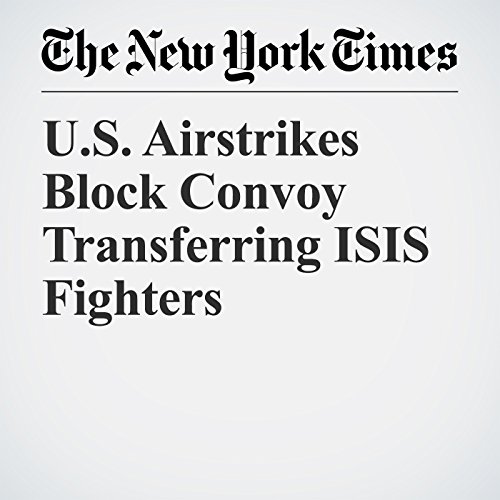 The U.S. military coalition strongly criticized on Wednesday a decision by the Lebanese army and its allies to allow Islamic State fighters safe passage across Syria and followed that up with airstrikes to prevent the convoy from continuing to its destination in the militant group’s territory, the coalition’s spokesman said.

"U.S. Airstrikes Block Convoy Transferring ISIS Fighters" is from the August 30, 2017 World section of The New York Times. It was written by Rod Nordland and narrated by Keith Sellon-Wright.