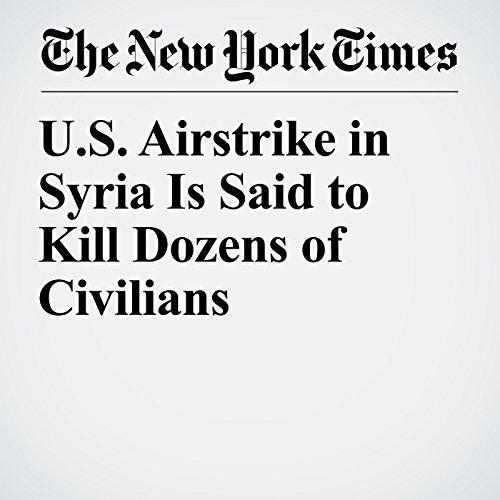 At least 30 Syrian civilians have been killed in an airstrike by the U.S.-led coalition fighting Islamic State militants in a rural area of Raqqa province, according to residents, activists and state television.

"U.S. Airstrike in Syria Is Said to Kill Dozens of Civilians" is from the March 22, 2017 World section of The New York Times. It was written by Anne Barnard and narrated by Keith Sellon-Wright.