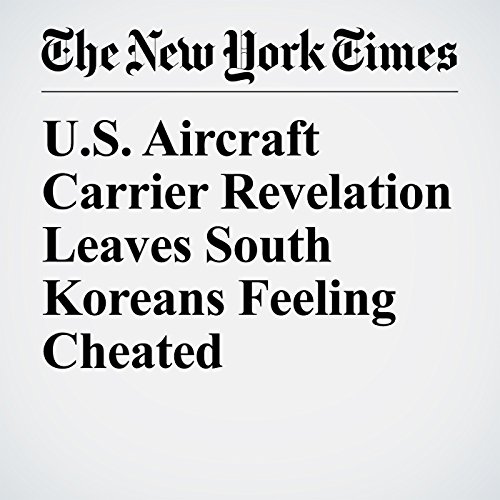 When news broke less than two weeks ago that the Trump administration was sending the aircraft carrier Carl Vinson to the Korean Peninsula, many South Koreans feared a possible war with North Korea. Others cheered for Washington, calling the deployment a powerful symbol of its commitment to deterring the North.

"U.S. Aircraft Carrier Revelation Leaves South Koreans Feeling Cheated" is from the April 19, 2017 World section of The New York Times. It was written by Choe Sang Hun and narrated by Kristi Burns.