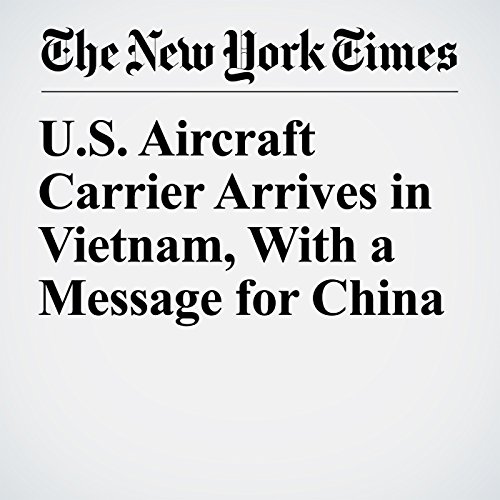 For the first time since the end of the Vietnam War, a U.S. aircraft carrier made a port call in Vietnam on Monday, signaling how China’s rise is bringing together former foes in a significant shift in the region’s geopolitical landscape.

"U.S. Aircraft Carrier Arrives in Vietnam, With a Message for China" is from the March 05, 2018 U.S. section of The New York Times. It was written by Hannah Beech and narrated by Kristi Burns.