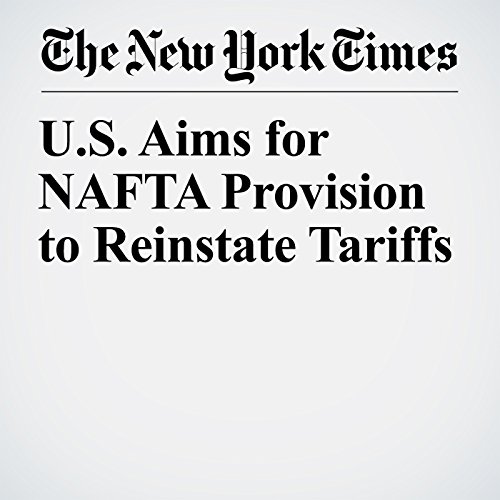 The Trump administration plans to seek a new provision in the trade pact with Canada and Mexico that would allow tariffs to be reinstated if a flood of imports threatened to harm a domestic industry, according to a draft letter to Congress that lays out goals for renegotiation.

"U.S. Aims for NAFTA Provision to Reinstate Tariffs" is from the March 30, 2017 Business section of The New York Times. It was written by Julie Hirschfeld Davis and Alan Rappeport and narrated by Fleet Cooper.