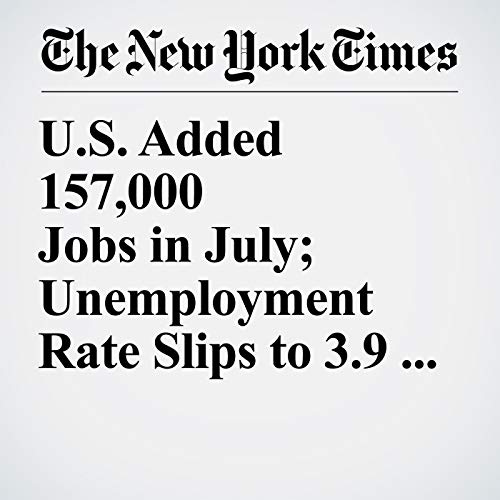 The Labor Department on Friday released its hiring and unemployment figures for July, providing a fresh snapshot of the U.S. economy.

"U.S. Added 157,000 Jobs in July; Unemployment Rate Slips to 3.9 Percent" is from the August 03, 2018 U.S. section of The New York Times. It was written by Nelson D. Schwartz and narrated by Barbara Benjamin-Creel.