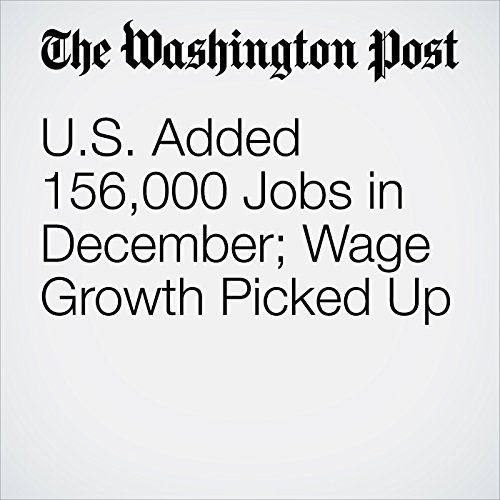 The nation is well on its way in one of the largest economic recoveries in modern history, new government data shows, but some workers are still lagging behind as President Obama prepares to hand the office to Donald Trump.

"U.S. Added 156,000 Jobs in December; Wage Growth Picked Up" is from the January 06, 2017 Business section of The Washington Post. It was written by Ana Swanson and narrated by Jill Melancon.