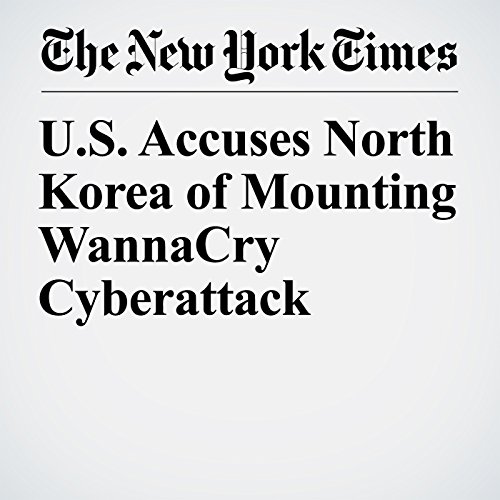 The Trump administration formally accused North Korea on Monday night of creating the WannaCry cyberattack that briefly paralyzed the British health system and placed ransomware on computers in dozens of countries around the world.

"U.S. Accuses North Korea of Mounting WannaCry Cyberattack" is from the December 18, 2017 Politics section of The New York Times. It was written by David E. Sanger and narrated by Keith Sellon-Wright.