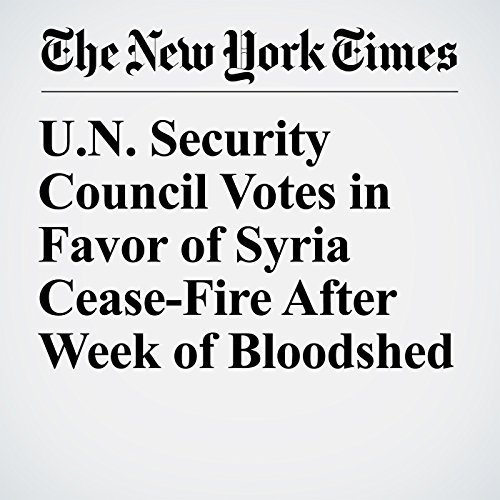 The U.N. Security Council voted unanimously Saturday in favor of a 30-day cease-fire in Syria, after days of bombardment by the Syrian government on a Damascus suburb left hundreds of civilians dead.

"U.N. Security Council Votes in Favor of Syria Cease-Fire After Week of Bloodshed" is from the February 24, 2018 World section of The New York Times. It was written by Megan Specia and narrated by Kristi Burns.