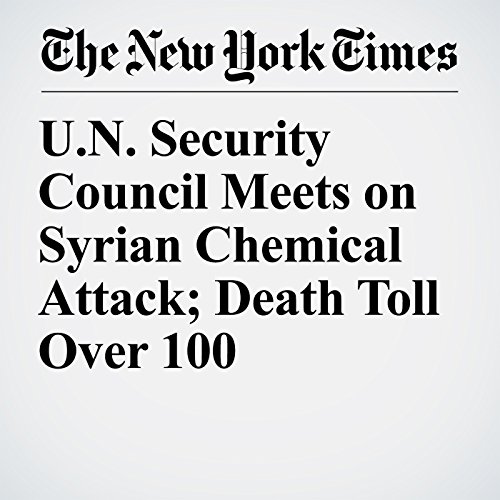 The United Nations Security Council went into emergency talks on Wednesday after the worst chemical attack in Syria in years, as condemnation of the assault poured in and as donor nations met in Brussels and called yet again for an end to the six-year war.

"U.N. Security Council Meets on Syrian Chemical Attack; Death Toll Over 100" is from the April 05, 2017 World section of The New York Times. It was written by Somini Sengupta and James Kanter and narrated by Keith Sellon-Wright.