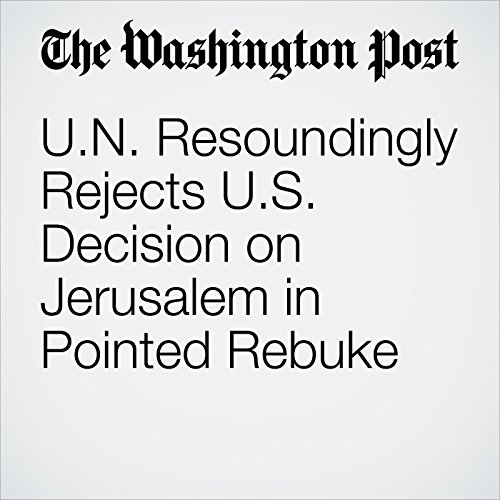 The U.N. General Assembly on Thursday overwhelmingly passed a measure rejecting the Trump administration’s decision to recognize Jerusalem as Israel’s capital, which was repeatedly criticized as undermining prospects for peace.

"U.N. Resoundingly Rejects U.S. Decision on Jerusalem in Pointed Rebuke" is from the December 21, 2017 National section of The Washington Post. It was written by Carol Morello and Ruth Eglash and narrated by Sam Scholl.