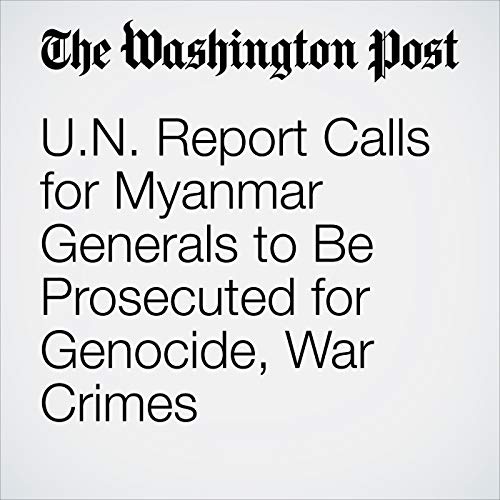 A U.N. report called Monday for Myanmar’s military leaders, including the commander in chief, to be investigated and prosecuted for genocide, crimes against humanity and war crimes over their actions in ethnic and religious minority states — the strongest international condemnation yet of the military’s actions following a crackdown on Rohingya Muslims last August.

"U.N. Report Calls for Myanmar Generals to Be Prosecuted for Genocide, War Crimes" is from the August 27, 2018 World section of The Washington Post. It was written by Shibani Mahtani and narrated by Sam Scholl.