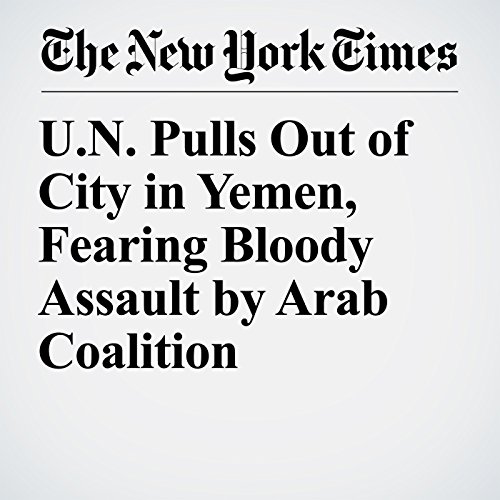 The United Nations was withdrawing its staff Monday from the besieged Yemeni port city of Hodeida, after member countries were told that an attack by forces led by the United Arab Emirates was imminent, according to two diplomats briefed on the matter.

"U.N. Pulls Out of City in Yemen, Fearing Bloody Assault by Arab Coalition" is from the June 11, 2018 World section of The New York Times. It was written by Margaret Coker and narrated by Kristi Burns.