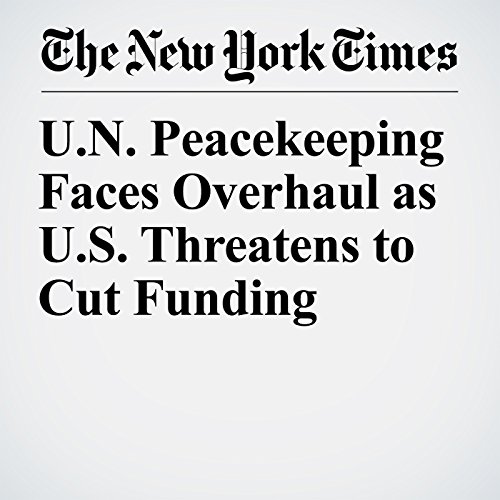 They are the ubiquitous face of the U.N. system: blue-helmeted peacekeepers scattered around the world’s war zones. But with the Trump administration threatening to cut funds for the United Nations and rethink the very utility of peacekeeping, the blue helmets are facing a significant overhaul that could affect the lives of civilians and, ultimately, the organization’s reputation.

"U.N. Peacekeeping Faces Overhaul as U.S. Threatens to Cut Funding" is from the March 24, 2017 World section of The New York Times. It was written by Somini Sengupta and narrated by Barbara Benjamin-Creel.