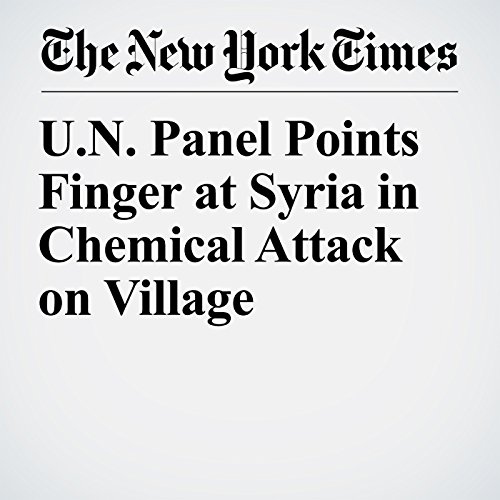 The Syrian air force was responsible for a lethal sarin chemical attack on a northern rebel-held village on April 4, a United Nations investigative panel said Thursday.

"U.N. Panel Points Finger at Syria in Chemical Attack on Village" is from the October 26, 2017 World section of The New York Times. It was written by Rick Gladstone and narrated by Mike DelGaudio.