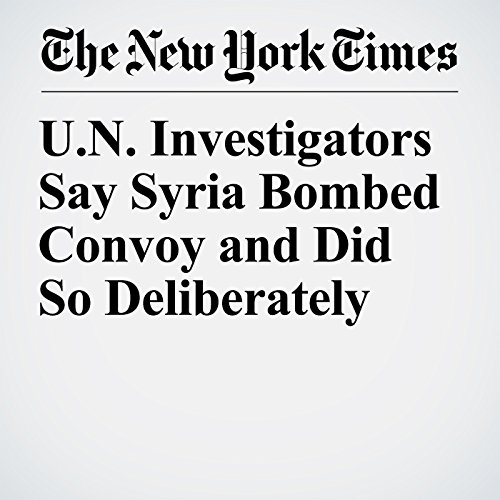 First the Syrian air force dropped barrel bombs from helicopters on a U.N. humanitarian aid convoy, then fired rockets from jets, then strafed survivors with machine guns, U.N. investigators said Wednesday in a report that found government forces not only had committed the attack in September but had done so deliberately, a war crime.