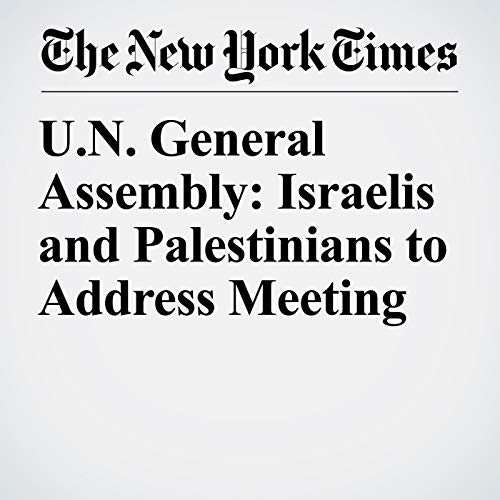 Israeli and Palestinian leaders are set to address the U.N. General Assembly on Thursday, a day after President Donald Trump said he hoped to engineer the framework for a peace deal in the coming months.

"U.N. General Assembly: Israelis and Palestinians to Address Meeting" is from the September 27, 2018 U.S. section of The New York Times. It was written by The New York Times and narrated by Keith Sellon-Wright.