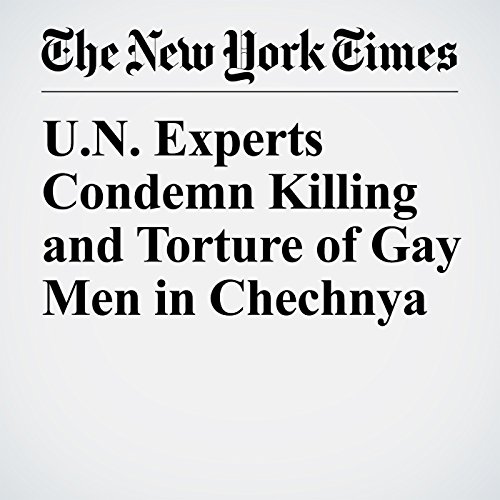 United Nations experts demanded on Thursday that Chechnya halt the abduction, detention, beating and killing of gay and bisexual men, after weeks of reports about violent repression there.

"U.N. Experts Condemn Killing and Torture of Gay Men in Chechnya" is from the April 13, 2017 World section of The New York Times. It was written by Sewell Chan and narrated by Keith Sellon-Wright.