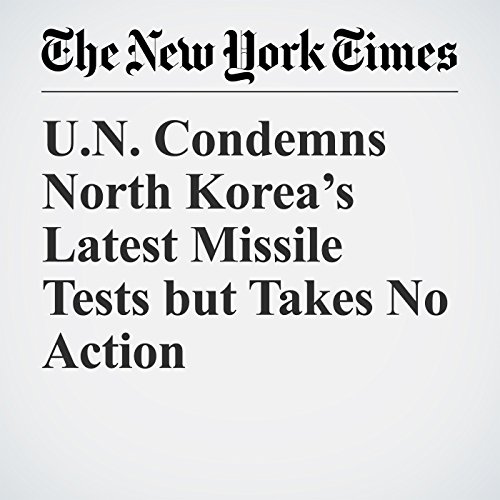 The U.N. Security Council on Tuesday condemned North Korea’s recent missile tests, including one that sent a ballistic missile soaring over Japan, as “outrageous actions.” But it gave no indication that it was prepared to take tougher measures against Pyongyang, which called the latest launch a “curtain-raiser.”

"U.N. Condemns North Korea’s Latest Missile Tests but Takes No Action" is from the August 30, 2017 World section of The New York Times. It was written by Choe Sang Hun and narrated by Keith Sellon-Wright.