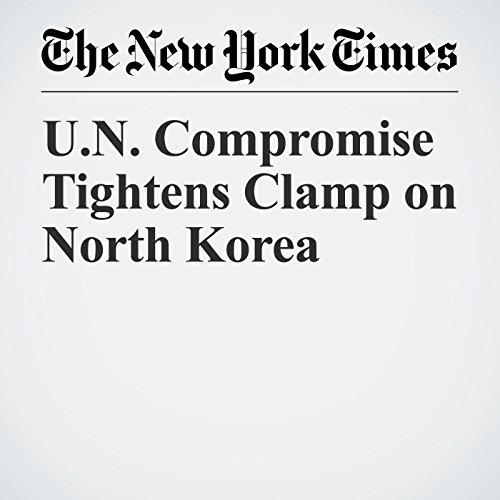 The U.N. Security Council on Monday ratcheted up sanctions yet again against North Korea, but they fell significantly short of the far-reaching penalties that the Trump administration had demanded just days ago.

"U.N. Compromise Tightens Clamp on North Korea" is from the September 11, 2017 World section of The New York Times. It was written by Somini Sengupta and narrated by Kristi Burns.