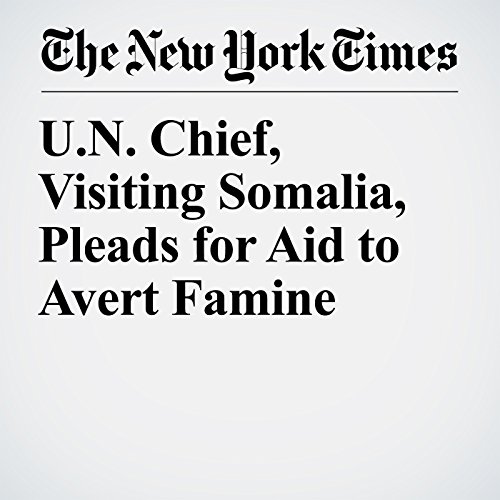 The secretary-general of the United Nations, António Guterres, arrived in Somalia on Tuesday and appealed for $825 million in aid to address drought and cholera in the East Africa nation on the brink of famine.

"U.N. Chief, Visiting Somalia, Pleads for Aid to Avert Famine" is from the March 07, 2017 World section of The New York Times. It was written by Hussein Mohamed and Sewell Chan and narrated by Keith Sellon-Wright.