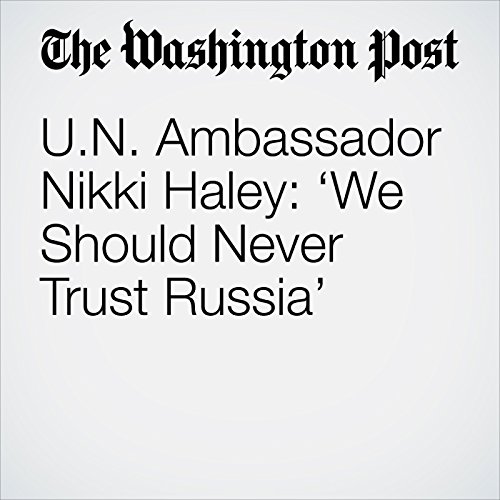 U.S. Ambassador to the United Nations Nikki Haley said unequivocally in an interview that aired Thursday that Russia should “never” be trusted — a far tougher stance than the one taken by her boss, President Trump.

"U.N. Ambassador Nikki Haley: ‘We Should Never Trust Russia’" is from the March 16, 2017 Politics section of The Washington Post. It was written by Philip Rucker and narrated by Jenny Hoops.