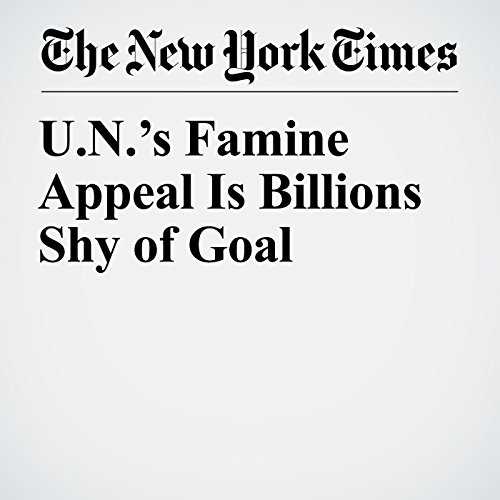 A month ago, the secretary-general of the United Nations, António Guterres, warned that 20 million people would fall into famine if his aid agencies could not corral $4.4 billion by the end of March.

"U.N.’s Famine Appeal Is Billions Shy of Goal" is from the March 23, 2017 World section of The New York Times. It was written by Somini Sengupta and narrated by Barbara Benjamin-Creel.