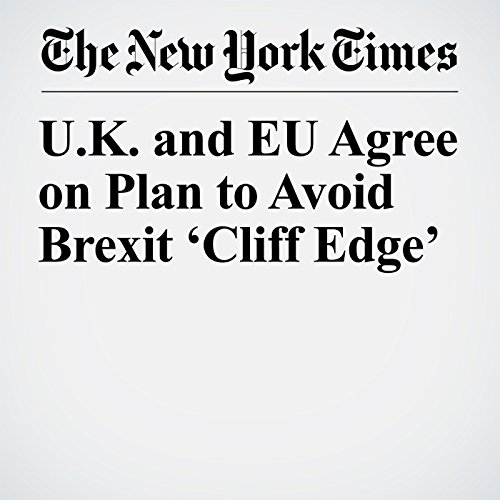 LONDON — British and European Union negotiators agreed Monday on the terms of a 21-month transition period to keep Britain inside Europe’s economic structures and to avoid an economically damaging “cliff edge” departure when the country quits the bloc next March.

"U.K. and EU Agree on Plan to Avoid Brexit ‘Cliff Edge’" is from the March 19, 2018 World section of The New York Times. It was written by Stephen Castle and narrated by Kristi Burns.