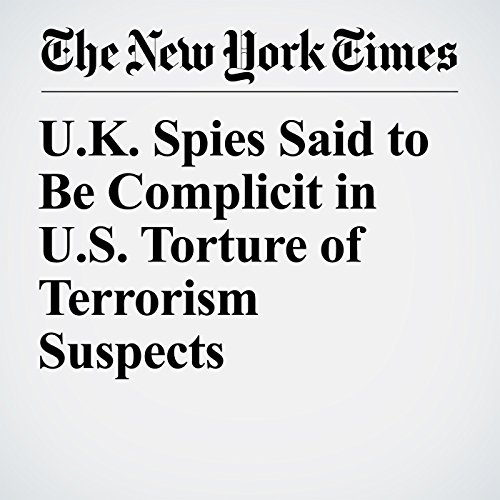 LONDON — Britain’s intelligence services tolerated and abetted “inexcusable” abuse of terrorism suspects by their U.S. counterparts, according to a report released by Parliament on Thursday that offers a wide-ranging official condemnation of British intelligence conduct in the years after the Sept. 11, 2001, attacks.

"U.K. Spies Said to Be Complicit in U.S. Torture of Terrorism Suspects" is from the June 28, 2018 World section of The New York Times. It was written by Richard Pérez Peña and narrated by Kristi Burns.