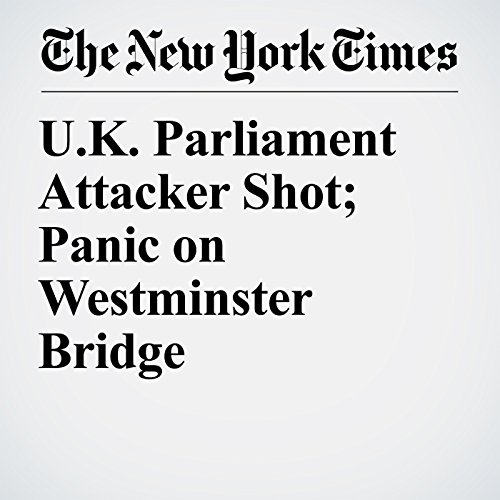 Britain’s Parliament was placed on lockdown on Wednesday, plunging the country’s seat of power into turmoil, after an assailant stabbed a police officer outside the building before he was shot, and a motorist on an adjacent bridge plowed over at least five pedestrians, killing at least one.

"U.K. Parliament Attacker Shot; Panic on Westminster Bridge" is from the March 22, 2017 World section of The New York Times. It was written by Katrin Bennhold and Stephen Castle and narrated by Keith Sellon-Wright.