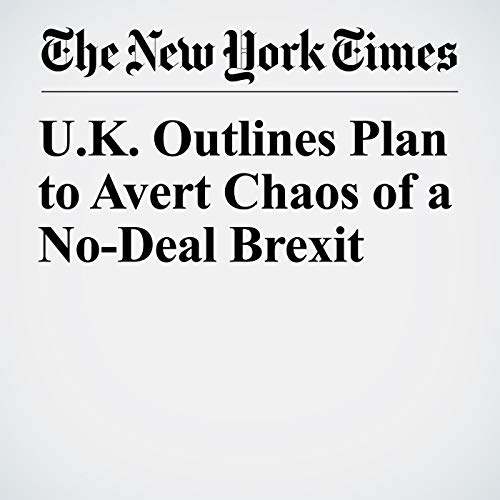 LONDON — The British government issued its first contingency plans Thursday for leaving the European Union without an agreement, seeking to prepare the public for possible disruptions without spreading alarm that could undermine support for the entire undertaking.

"U.K. Outlines Plan to Avert Chaos of a No-Deal Brexit" is from the August 23, 2018 World section of The New York Times. It was written by Stephen Castle and narrated by Keith Sellon-Wright.