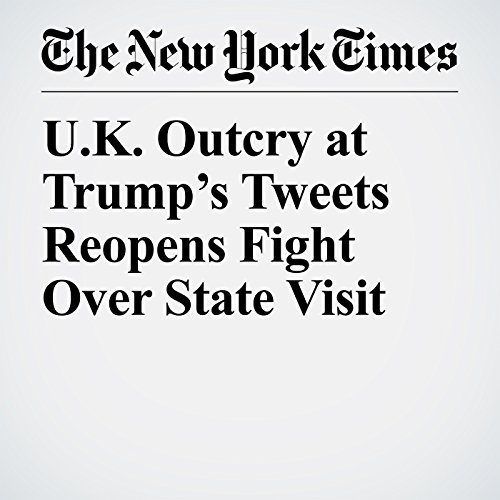 Pressure was growing in Britain on Thursday to withdraw President Donald Trump’s invitation for a state visit, as trans-Atlantic tensions increased over his decision to share far-right videos, and then to rebuke Prime Minister Theresa May after she criticized his actions.

"U.K. Outcry at Trump’s Tweets Reopens Fight Over State Visit" is from the November 30, 2017 World section of The New York Times. It was written by Stephen Castle and narrated by Archie Montgomery.