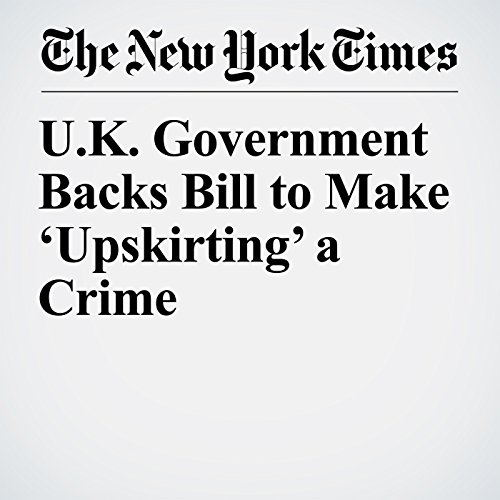 Gina Martin was at a concert in London last year, waiting excitedly for her favorite band to come on stage, when a man standing nearby with whom she had chatted briefly suddenly rubbed himself against her and placed his phone between her legs. She quickly realized that he had taken a picture of her crotch.

"U.K. Government Backs Bill to Make ‘Upskirting’ a Crime" is from the June 15, 2018 World section of The New York Times. It was written by Kimiko De Freytas Tamura and narrated by Fleet Cooper.