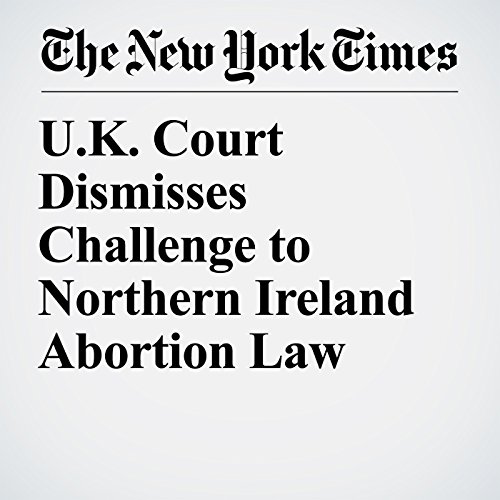 LONDON — Britain’s Supreme Court on Thursday struck down an attempt to overturn Northern Ireland’s restrictive laws on abortion over a legal technicality, barely two weeks after Ireland voted in a landslide to do away with similar rules.

"U.K. Court Dismisses Challenge to Northern Ireland Abortion Law" is from the June 07, 2018 World section of The New York Times. It was written by Kimiko De Freytas Tamura and Richard Pérez Peña and narrated by Keith Sellon-Wright.