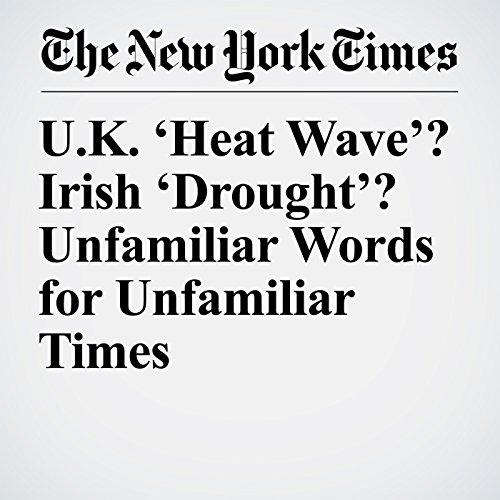 CHELMSFORD, England — Normally, a lush layer of green grass would cover Luigi Munday’s fields at this time of year — enough to feed his cattle until September. Instead, the land is parched and the grass is withered, forcing him to dip into his winter stock of hay to keep his herd fed.

"U.K. ‘Heat Wave’? Irish ‘Drought’? Unfamiliar Words for Unfamiliar Times" is from the July 05, 2018 World section of The New York Times. It was written by Ceylan Yeginsu and Richard Pérez Peña and narrated by Barbara Benjamin-Creel.