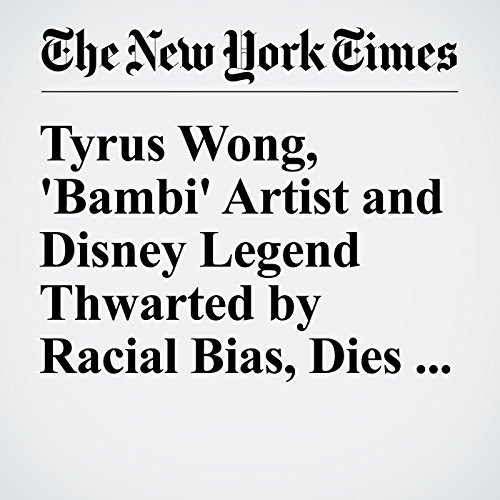 Wong died Friday at 106. A Hollywood studio artist, painter, printmaker, calligrapher, greeting-card illustrator and, in later years, maker of fantastical kites, he was one of the most celebrated Chinese-American artists of the 20th century.

"Tyrus Wong, 'Bambi' Artist and Disney Legend Thwarted by Racial Bias, Dies at 106" is from the December 31, 2016 US section of The New York Times. It was written by Margalit Fox and narrated by Mike DelGaudio.