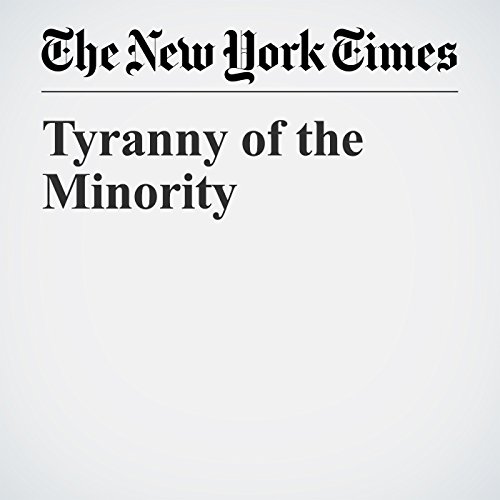 Since Donald Trump’s cataclysmic election, the unthinkable has become ordinary. We’ve grown used to naked profiteering off the presidency, an administration that calls for the firing of private citizens for political dissent and nuclear diplomacy conducted via Twitter taunts. Here, in my debut as a New York Times columnist, I want to discuss a structural problem that both underlies and transcends our current political nightmare: We have entered a period of minority rule.

"Tyranny of the Minority" is from the September 25, 2017 Opinion section of The New York Times. It was written by Michelle Goldberg and narrated by Kristi Burns.