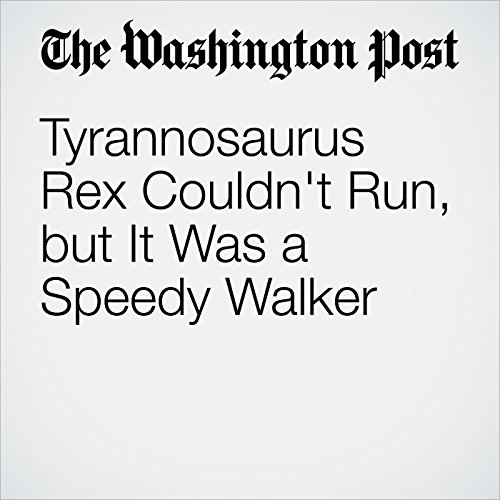 Fifty years ago, if you'd asked the dinosaur experts, they would have told you that Tyrannosaurus rex was a speed freak — a giant predator that could outrun racehorses. The paleontologists would have pointed to its 3-meter hind limbs, leggy for even a big dinosaur, and described the creature as sprinting after prey at speeds of 40 mph.

"Tyrannosaurus Rex Couldn't Run, but It Was a Speedy Walker" is from the July 19, 2017 Speaking of Science section of The Washington Post. It was written by Ben Guarino and narrated by Sam Scholl.