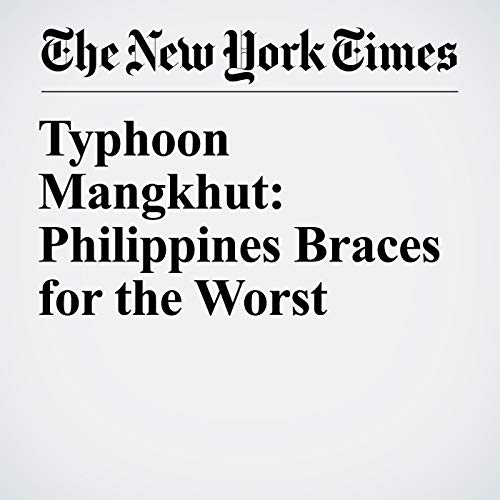 Thousands of people were being evacuated from their homes in the Philippines on Friday, as Super Typhoon Mangkhut, a colossal storm more than 550 miles wide with maximum sustained wind speeds of 170 mph, howled across the Pacific.