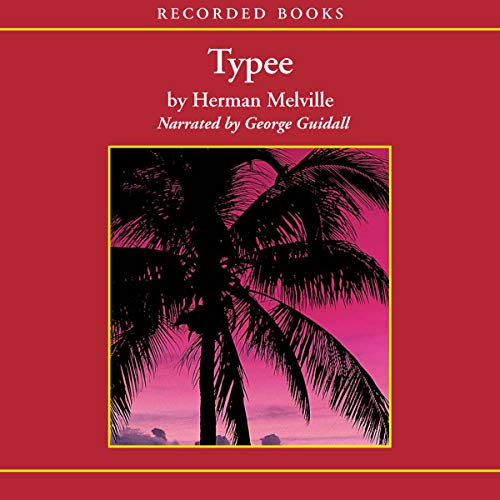 Herman Melville is one of the greatest figures in literary history. His classic Moby Dick is generally considered the finest novel ever written by an American. Yet in Melville’s day, Typee was a far more popular book. Largely autobiographical, this classic adventure story is set in the South Seas, where a runaway sailor is captured by the Typees. Described as “a fierce and unrelenting tribe of savages," the islanders have no intention of letting their captive go.

Herman Melville's first book Typee is a blend of creative memoir, cultural commentary, and good story telling. Melville recounts and elaborates on his experiences among the Typee cannibals on the French Polynesian island of Nuku Hiva (Marquesas Islands) in 1842. Typee ended up being Meville's best-selling book during his lifetime, no doubt due to both his skill as a writer mated with his romantic story of life among Polynesian savages.

The book flows nicely and balances between the chasms of cultural superiority & nobel savage worship that can easily dominate these types of books. Reading this made me think of similar types of long-form journalism that catch fire in our day (Junger to Theroux to Conover to Vollmann). While approachable, it isn't Melville's best work, but shows early signs of motifs that would show up later in Moby-Dick, Billy Budd, etc.

I’ve sailed solo across the pacific and anchored my boat in the bay at Taipevai. How have I never read this classic?! The locals are fabulously welcoming and friendly. Though the valley has a few paved roads now, with a little hiking, the platforms for the houses and the carved stone faces of the gods were still to be found.

The narrator does a wonderful job with this minor classic. Part novel, mostly travelogue, and full of charming descriptions and turns of phrase.

Was suprised and very satisfied with this recording. Great narration and a great story. I would recommend without hesitation.