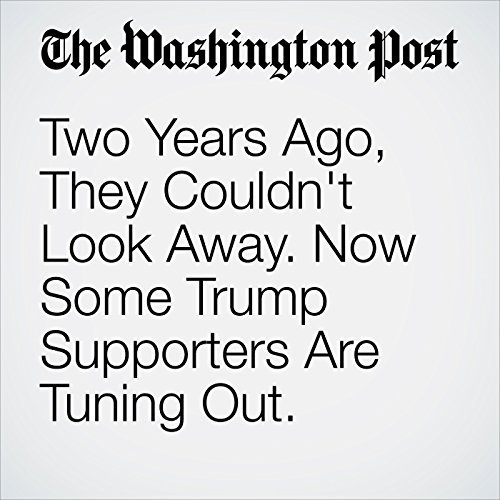 Donald Trump stepped onto the golden escalator that descends into the pink-marbled food court of Trump Tower. He flashed a thumbs-up as he passed a line of supposed supporters — random tourists lured off the street with the promise of an “only in New York” experience — and inched toward the reporters seated below. In a rambling speech, he marveled at the crowd size, called Mexican immigrants “rapists,” declared that “China is killing us” and vowed to make America great once again.

"Two Years Ago, They Couldn't Look Away. Now Some Trump Supporters Are Tuning Out." is from the June 18, 2017 Politics section of The Washington Post. It was written by Jenna Johnson and narrated by Sam Scholl.

Cosa pensano gli ascoltatori di Two Years Ago, They Couldn't Look Away. Now Some Trump Supporters Are Tuning Out.