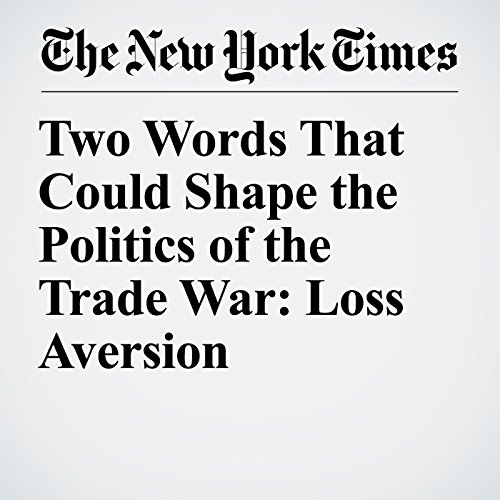 To understand the political risks for the Trump administration in starting a trade war, not to mention in undermining Obamacare or celebrating its tax overhaul, it helps to know one powerful human tendency: loss aversion.

"Two Words That Could Shape the Politics of the Trade War: Loss Aversion" is from the July 13, 2018 Business section of The New York Times. It was written by Neil Irwin and narrated by Barbara Benjamin-Creel.