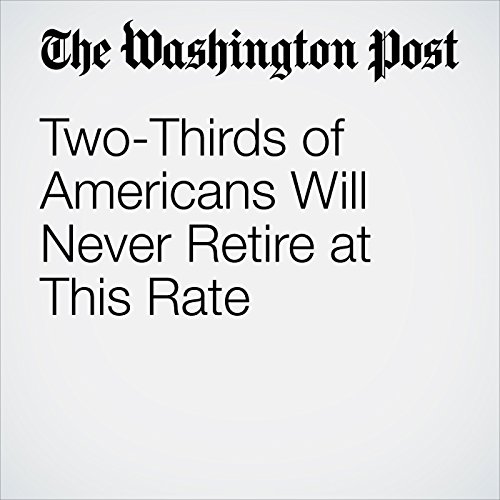 Less than one-third of Americans are saving money in their 401(k)s and other workplace retirement accounts, according to an analysis of tax records by Census Bureau researchers.

"Two-Thirds of Americans Will Never Retire at This Rate" is from the February 22, 2017 Business section of The Washington Post. It was written by Abha Bhattarai and narrated by Jenny Hoops.