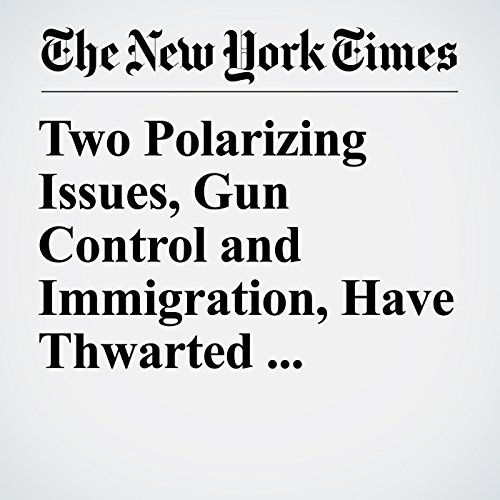 As the nation faced another crisis, polls clearly reflected what a significant majority of the public thought should be done. A bipartisan move to draft a legislative response finally gained steam after years of stasis. A stunning breakthrough looked to be at hand.

"Two Polarizing Issues, Gun Control and Immigration, Have Thwarted Compromise" is from the February 22, 2018 U.S. section of The New York Times. It was written by Carl Hulse and narrated by Barbara Benjamin-Creel.