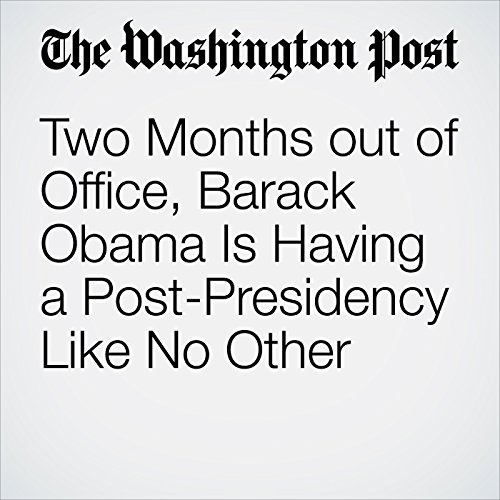 The first cocktail party at Barack Obama’s new office last month was certainly more casual than any he had hosted in recent years. The wine bore a random assortment of labels, as if assembled potluck-style. The self-serve appetizers were set out in the narrow hallway. The host, tieless, eschewed formal remarks, as a few dozen of his old administration officials — Joe Biden and former chief of staff Denis McDonough, as well as more junior ones — mingled in a minimalist wood-paneled suite that could be mistaken for a boutique law firm.

"Two Months out of Office, Barack Obama Is Having a Post-Presidency Like No Other" is from the March 26, 2017 Lifestyle section of The Washington Post. It was written by Krissah Thompson and Juliet Eilperin and narrated by Sam Scholl.

Cosa pensano gli ascoltatori di Two Months out of Office, Barack Obama Is Having a Post-Presidency Like No Other