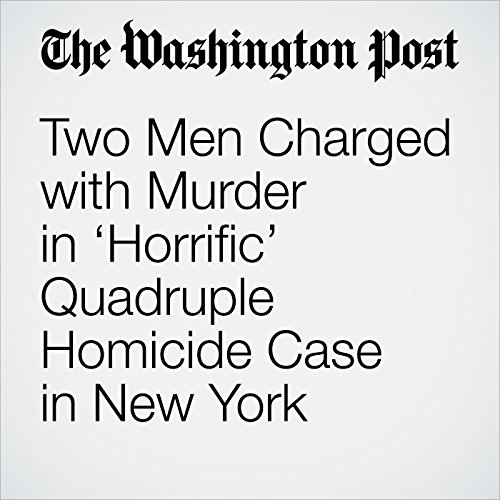 Two men were arrested and charged with murder in a quadruple homicide in Upstate New York that police have called “an act of savagery.”

"Two Men Charged with Murder in ‘Horrific’ Quadruple Homicide Case in New York" is from the December 30, 2017 National section of The Washington Post. It was written by Marwa Eltagouri and Herman Wong and narrated by Sam Scholl.