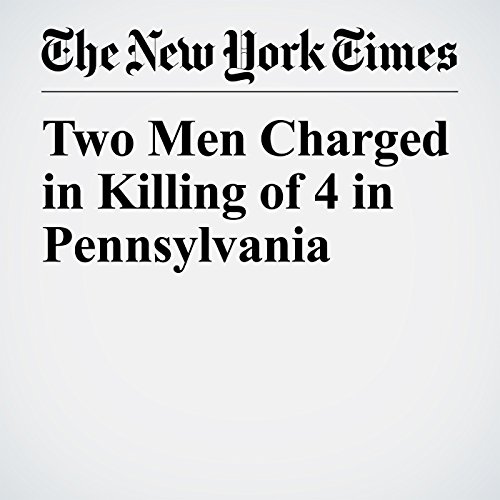 Prosecutors charged a second suspect on Friday in connection with the killing of four young men who went missing last week in the suburbs of Philadelphia, confirming reports that the initial suspect, who confessed on Thursday, had an accomplice.

"Two Men Charged in Killing of 4 in Pennsylvania" is from the July 14, 2017 U.S. section of The New York Times. It was written by Jon Hurdle, Richard Pérez Peña and Matthew Haag and narrated by Barbara Benjamin-Creel.