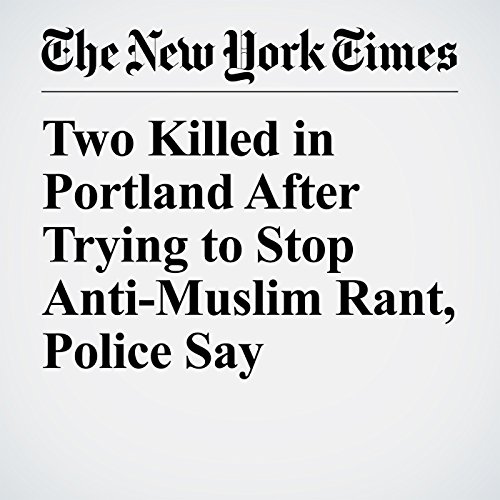 The Oregon man accused of screaming anti-Muslim insults at two women, and then fatally stabbing two men and wounding a third as they tried to intervene Friday, had a history of making extremist remarks, according to the police and civil rights advocacy organizations.

"Two Killed in Portland After Trying to Stop Anti-Muslim Rant, Police Say" is from the May 27, 2017 U.S. section of The New York Times. It was written by Matthew Haag and Jacey Fortin and narrated by Barbara Benjamin-Creel.