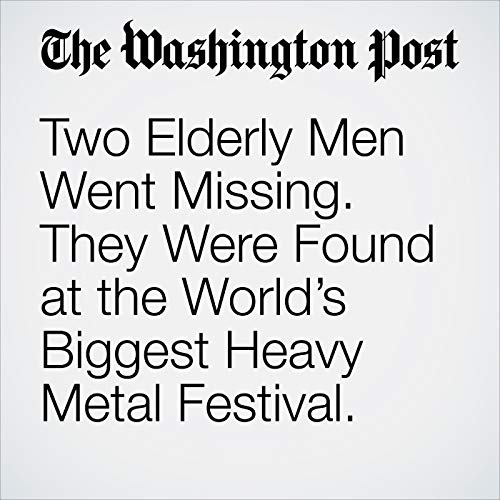 Hordes of headbangers amassed in Germany for the world's largest heavy metal festival — among them, two elderly men who apparently left their retirement home to rock out, police said.

"Two Elderly Men Went Missing. They Were Found at the World’s Biggest Heavy Metal Festival." is from the August 06, 2018 WorldViews section of The Washington Post. It was written by Lindsey Bever and Rick Noack and narrated by Sam Scholl.